Job Hopping for OTR Truck Drivers, Does It Pay? 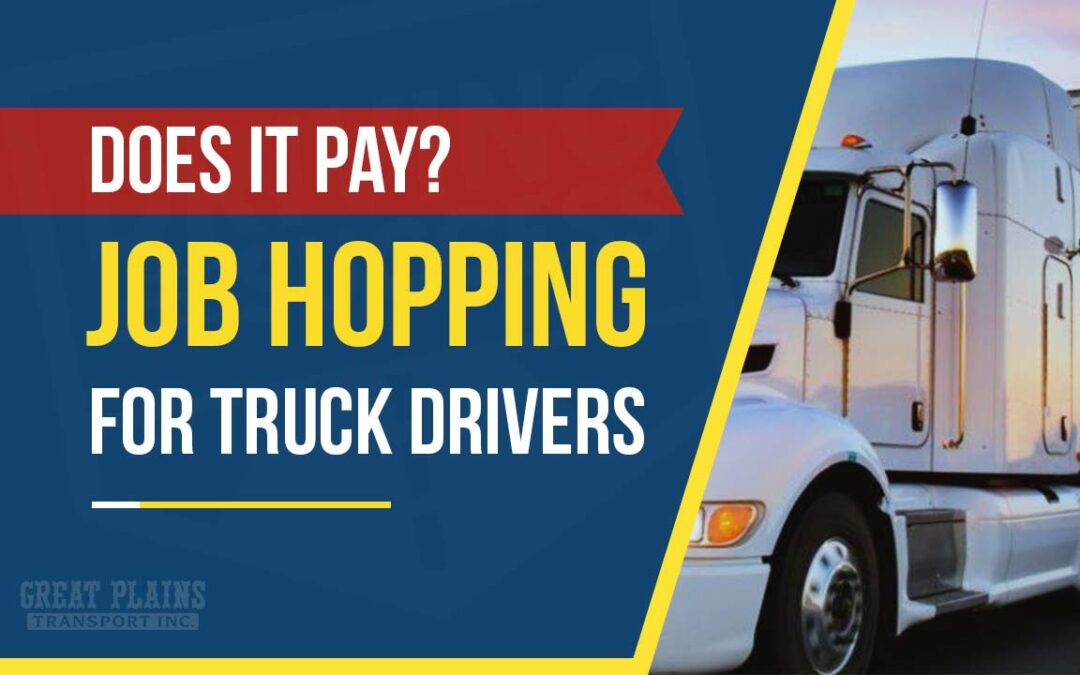 Does chasing a few more dollars or a couple more miles pay?

Let’s start by approaching this scenario from a financial standpoint.  After all, it’s typically money that motivates a driver to move to another company.

If you’re out of work for 2-3 weeks by changing jobs, you’re essentially losing $2000 or more from your current position. It’s going to take over a month to make that up and at least 2 months to start getting ahead. That’s only if you get the miles you were promised.

What about the longevity bonus from your previous position? Most reputable trucking companies bonus .01 per mile that you’ve driven with the company every single year you’re with the company. For example, if you averaged 1500 miles per week for a year, that equals 78000 miles year one. That earns you a bonus of $780. So, if you add up the miles and pay, plus bonuses for the year, a driver should be able to make almost .47 per mile and almost $40000 before taxes.

More Miles = DO IT

Let’s take overhead and taxes out of the equation for simplicity’s sake. If we average 2k miles per week at $.045 per mile, that equates to $46,800 annually.

Not to mention the annual bonus offered by most reputable companies is around $0.01 for every mile you’ve driven on the anniversary of your hire. For this example, after one year, you can expect to get $1040.Bottom line, if you leave for a few pennies, you’re more than likely going to lose at least $2840 out of the gate. However, your income will increase $2080, In other words, it’ll take more than a year to make up the loss.

A Few Pennies = DON’T DO IT

It makes sense that drivers are looking for the highest pay, the best benefits, and the most miles, however, over time, when recruiters are comparing one driver and the next and one has 21 jobs in three years vs. a few job-hops in the past, the driver that is most loyal is going to get the higher paying position and opportunity.

Bottom line, if you are getting decent miles and competitive pay, you’re much better off in the long run to stay with your current employer and start racking up annual bonuses!

At the end of the day, if you can get more miles, that’s where the money is. Nobody cares how much pay per mile you’re getting because a few pennies don’t matter compared to miles, miles, miles.